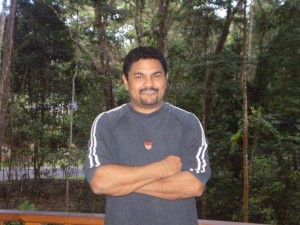 Wayne “Liwingu” McGinness was born in Atherton QLD where his mother is from. His grandmother was Maggie “Djairrami” Anning and her people, the Ngadjon tribe (rainforest people), were  located all over the Atherton Tablelands. Her husband, Gerald Anning, was a fisherman, master lumberjack and one of the Yidinji tribe. 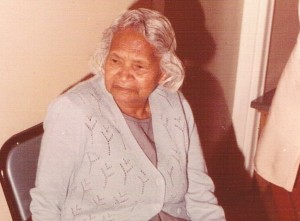 Wayne spent the majority of his life in the Northern Territory where his father’s family is from. The Kungarrakan Tribe (paperbark people) of the Finnis and Darwin River area. His grandfather Valentine Bynoe McGinness (a welder, wheelright and mechanic) was born on a mine claim near the Finniss River to a local Kungarakan woman (Alyandabu”Lucy” McGinness) and an Irish rail worker (Stephen McGinness). 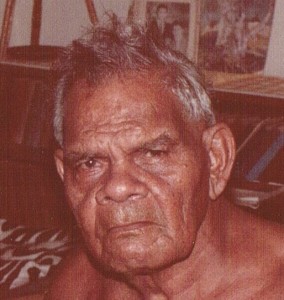 His father’s biological mother was Emma Hodges, a Torres Strait woman. And, although Wayne never knew her, his looks and art seem to be a reflection of this mix.

He now has his own beautiful family of wife Lucy, two daughters and a son. 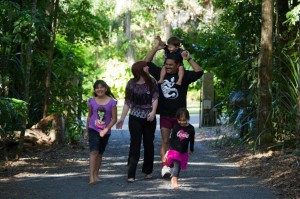 Learning how to weld from his Grandfather at an early age, Wayne has had a career spanning 17 years as a welder/fabricator on mine and building sites in both remote and urban areas.

In 2008, he combined the love of his parent’s paintings and styles with his skills as a steel fabricator and designed and fabricated a 5 metre long crocodile for an entrance gate. After receiving such a positive response, he started experimenting with different Australian animals and techniques and realised he has something new and exciting to offer. His unique and original pieces now sell in galleries throughout Australia, and adorn walls and special spaces worldwide. 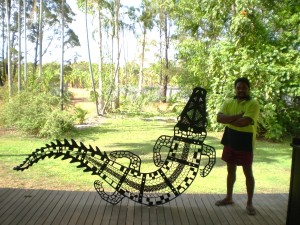 Wayne’s style of sculpture is a result of creating contempary aboriginal art using steel, in both two and three dimensions.  Many of Wayne’s designs represent the animals of his childhood and family and of his grandparent’s lands.  However, he is always willing to design and create pieces depicting animals from other regions of Australia. The movement of the animals, reflected in his work, is what inspires him as he believes nothing is more natural.

Wayne creates all his pieces from Australian 316 marine grade stainless steel, a beautiful steel alloy that is durable, clean and pleasing to the eye.

Wayne is available for commissioned one off pieces designed in consultation with the client.

The Welcome to Millaa Millaa sign that is now in the Lions Park in the Main Street of Millaa Millaa is truly a distinctive, creative asset, depicting our local fauna in a welcoming way to our visitors. I watch as many children touch the sign to feel the dimensions that Wayne has put into the animals. An amazing piece of art.
-- Beryl Hanrahan
© Aboriginal Steel Art 2020. All Rights Reserved.